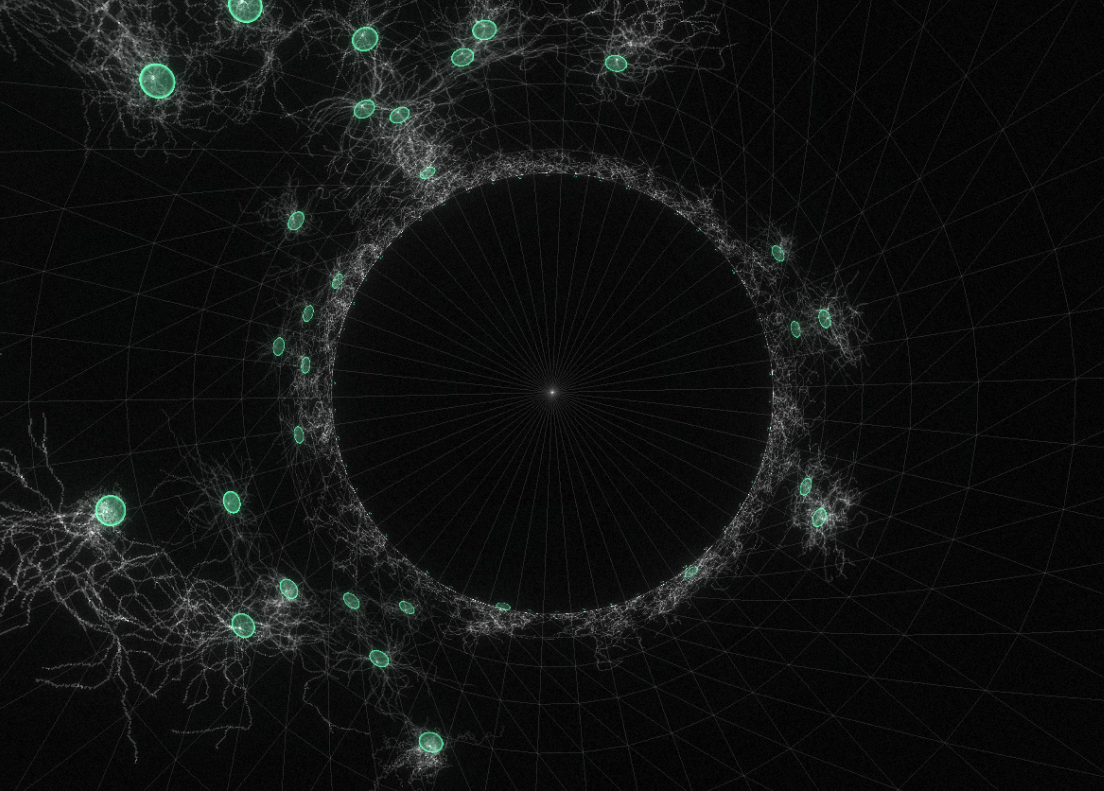 Seed Simul is a web interactive experience in which visitors are invited to plant virtual seeds in a 3D environment. The seeds will slowly grow over time, and start to form a structure which can only be expanded by planting more seeds next to it. Seeds can only be planted next to the already grown structure, which makes its growth collaborative.

This virtual space is a long-term experience in which humans have to collaborate to build a space together, using nothing but nature (as the form of an algorithm running on a machine) and time. We have a reach an era where rethinking our processes will be the key to evolve properly as a species. If for a long time we have tried to elevate above nature through technology, we have now understood that instead of competing against nature, we could work with it. Not only could we get inspiration out of its observation, but we could also use it or copy it to engineer tomorrow’s world. I suggest looking at Neri Oxman‘s work in that regard, and more generally at the research made in biomimicry.

In this project, natural processes are defined by an algorithm running on a computer. Only a limited range of behaviors are possible due to the nature of the algorithm I picked (Dividing-Aggregating Walkers), and the growth of the structure is also quite limited by the cylindric nature of the environment. Much like in nature, where each process is limited chemically and by the space in which it evolves. The diversity we observe in it may simply be the result of the diversity of such processes or the result of the quality of at least one of the underlying processes. However, much like in seed-simul, nature is still bonded by physical rules, and as human we need to understand those rules to shape the best world we can.

In seed-simul, memories can be left along a seed. Each seed is identified by a position in the space, and by the memory which was left with it. If you look carefully to the structure in the virtual space, you will see that different seeds yielded different styles of growth. The memory is what defines the individual who planted the seed. In that regard, the memory is used to generate some settings for the growth of the seed. If you were to plant many seeds with the exact same memory, you would observe that those seeds grow in quite similar patterns. But if you were to only change a single byte of the memory, the result could become completely different.

I’m looking forward to see what people will be doing with this virtual space.